Why I Loved Avalon Waterways Excursions

On any given day during the Active & Discovery cruise, there were so many excursions to choose from, and the best part is, on Avalon, almost all the excursions are included! There was literally something for everyone – whether you’re interested in nature, culture, history or food – which often made it difficult to choose. What I also appreciated was the fact that the excursions weren’t particularly ‘mainstream’, which other cruise companies tend to offer. 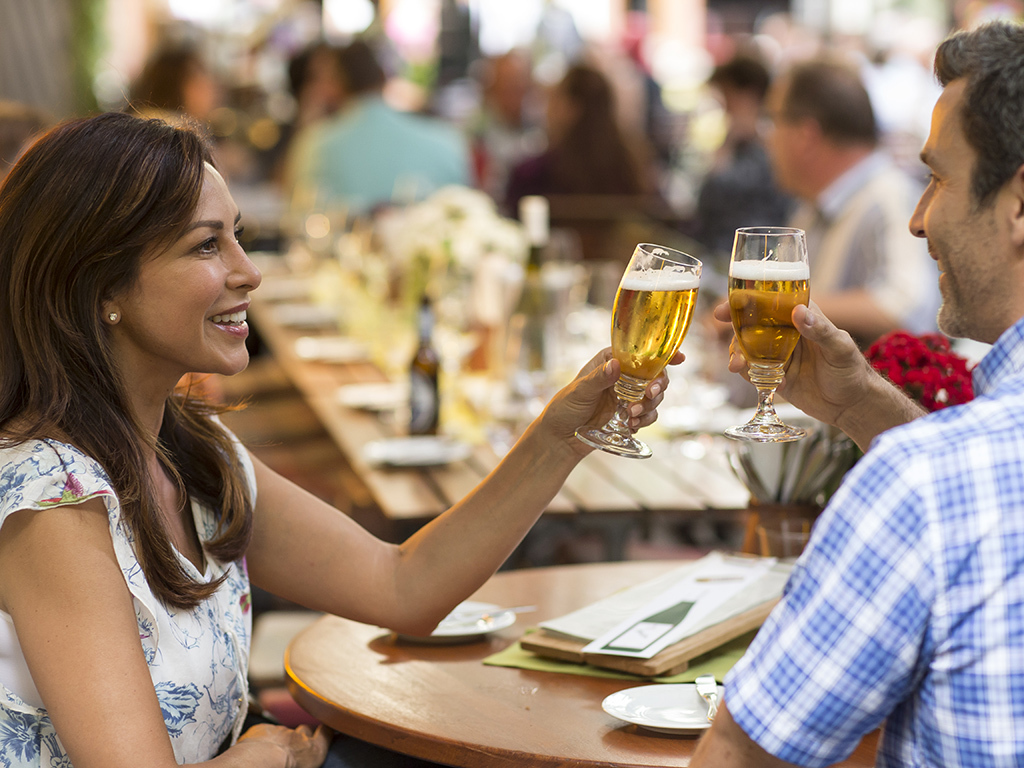 Since this was an Active & Discovery cruise, there were many active options such as jogging, hiking, canoeing and biking excursions. I had pre-registered for several hiking excursions but switched to less active excursions at the last minute due to the searing heat in Europe that week. As a consequence, my cruise experience was more ‘Discovery’ than ‘Active’ but no less fun and interesting. These were some of my favorite Avalon Waterways excursions on the Danube:

I’m a history buff so this tour was right up my alley! It was actually a pretty nostalgic tour for me as it brought back memories of my first visit to eastern Germany in the early-1990’s. We were transported around Budapest in old Trabant cars while the guide told stories of life during the Soviet occupation, and we visited places which still have the atmosphere of the 1960’s and 1970’s. It was certainly an adventure touring Budapest in these rickety, rather toy-like cars. 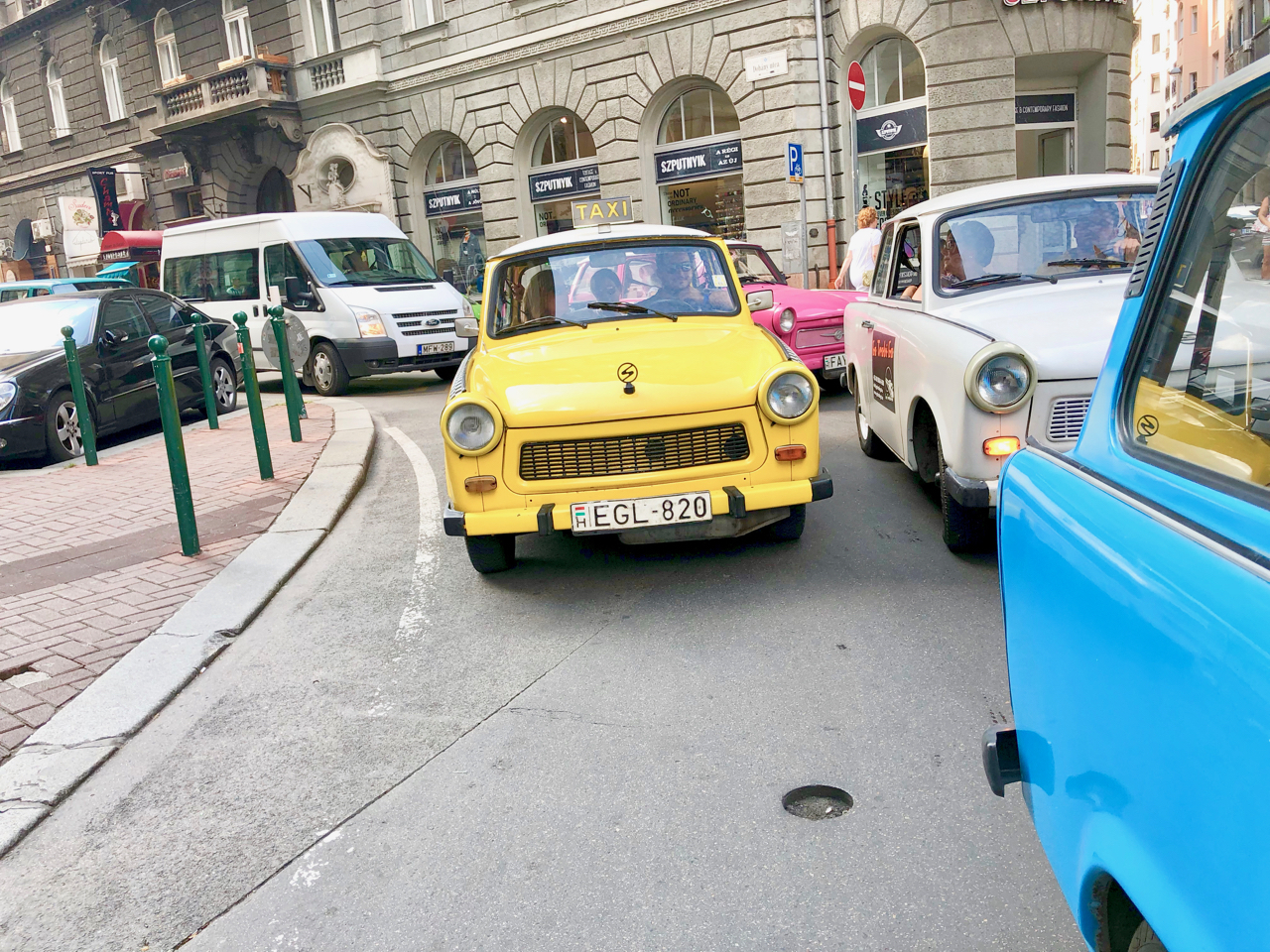 I’m starting to think I’m a closet fan of medieval events. I love medieval towns but I cringe every time I hear the word in combination with an event. I’ve been dragged to a medieval tour of a castle and even dressed up to attend a medieval night, and each time I had the time of my life! The same thing happened in Visegrád. I was hesitant at first but soon warmed up (with a glass of Hungarian schnapps) at Visegrád Castle. We climbed up the castle tower to the roof, where we had a stunning view of the Danube River below!

The medieval knights tournament turned out to be a fun, colorful event, expertly re-enacted by a group of hobbyists. What I loved about it was that the group of guys didn’t take things too seriously, making it a hilarious show at times. 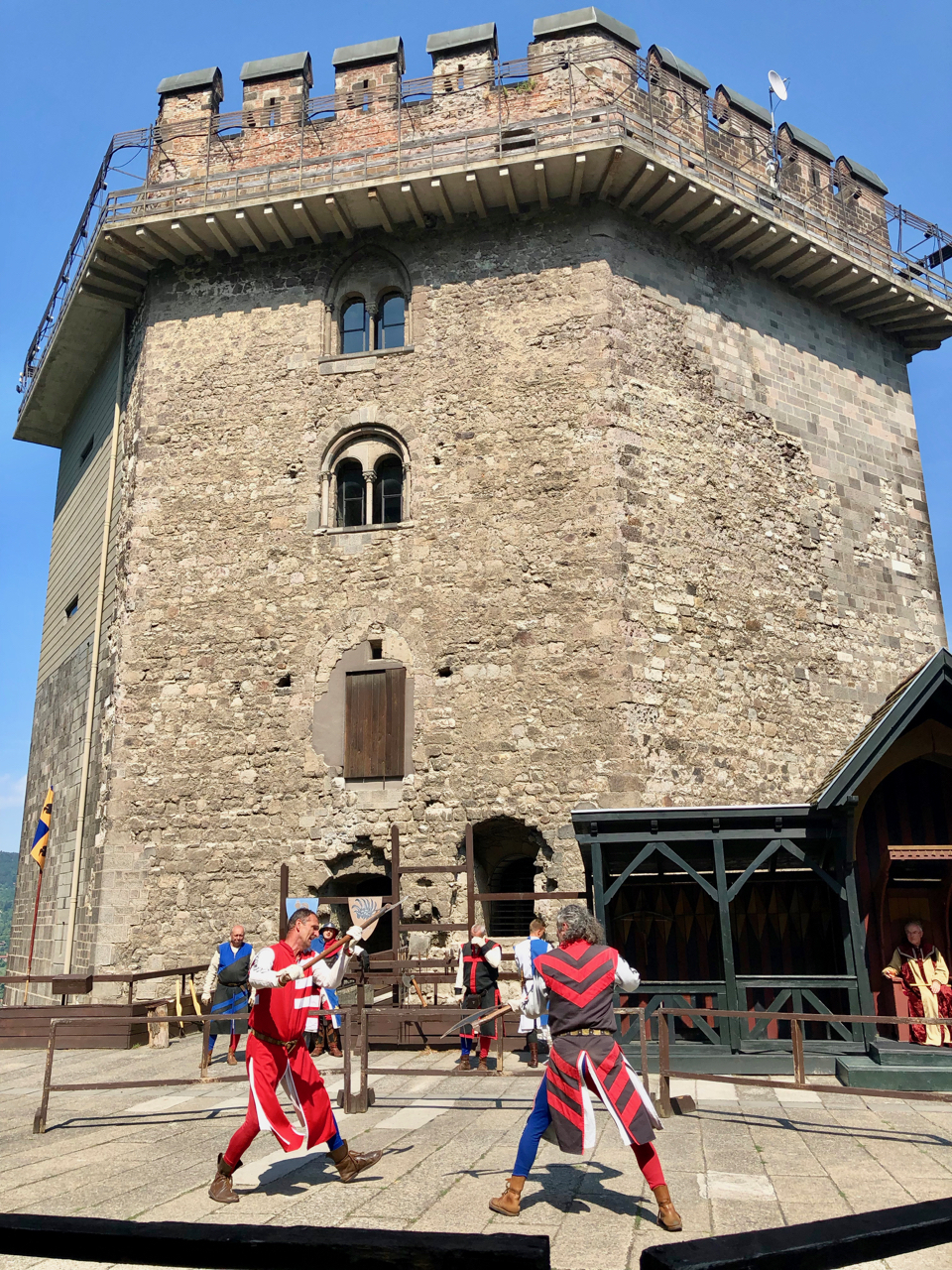