IN FLANDERS FIELDS, where poppies grow....

"In Flanders Fields" is a war poem in the form of a rondeau, written during the First World War by Canadian physician Lieutenant-Colonel John McCrae. He was inspired to write it on May 3, 1915, after presiding over the funeral of friend and fellow soldier Lieutenant Alexis Helmer, who died in the Second Battle of Ypres. According to legend, fellow soldiers retrieved the poem after McCrae, initially dissatisfied with his work, discarded it. "In Flanders Fields" was first published on December 8 of that year in the London magazine Punch.

It is one of the most quoted poems from the war. As a result of its immediate popularity, parts of the poem were used in efforts and appeals to recruit soldiers and raise money selling war bonds. Its references to the red poppies that grew over the graves of fallen soldiers resulted in the remembrance poppy becoming one of the world's most recognized memorial symbols for soldiers who have died in conflict. The poem and poppy are prominent Remembrance Day symbols throughout the Commonwealth of Nations, particularly in Canada, where "In Flanders Fields" is one of the nation's best-known literary works. The poem is also widely known in the United States, where it is associated with Veterans Day and Memorial Day. 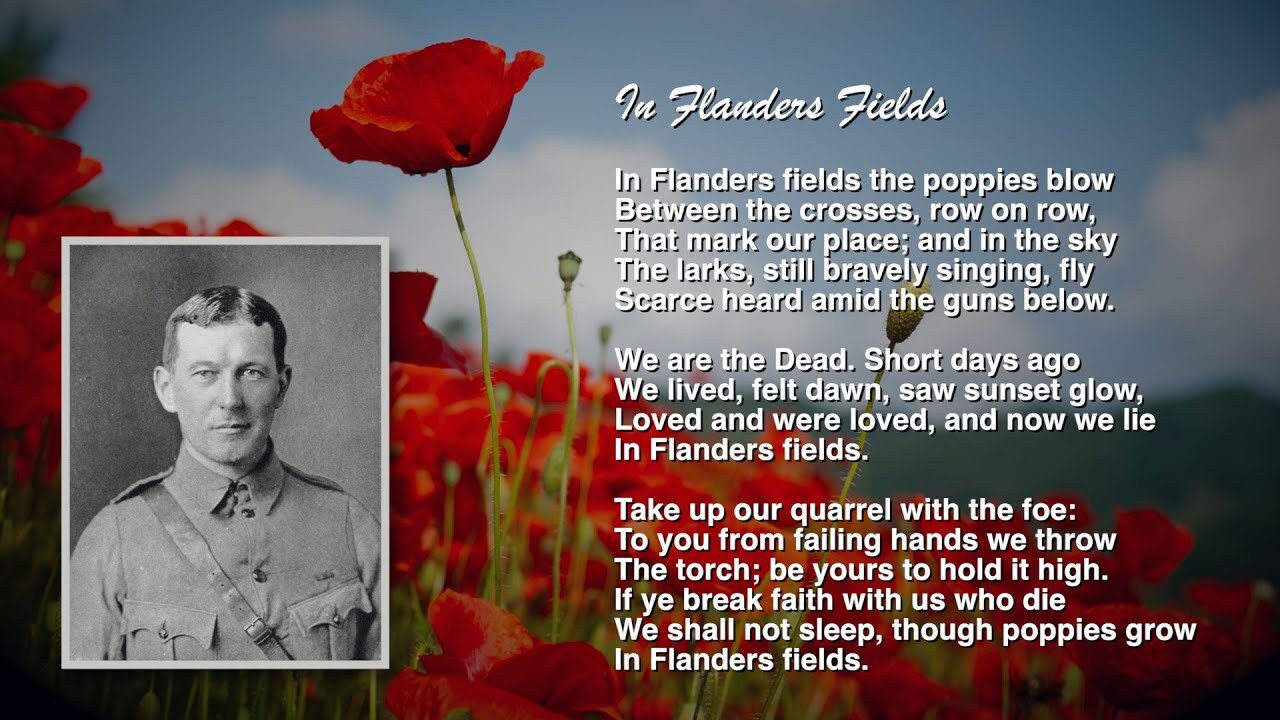